Hi everyone, I just wanted to say that it has been a pleasure working on this game and I hope you all have enjoyed the closed alpha!

This isn’t official or anything, but you probably saw that our whole team got the ax.  I hope you understand that we at VG all were dedicated to making a game for all of you to play, and that the press release line was total b.s.  It was NOT any feedback from the alpha that shut this project down but just petty corporate politics and shenanigans.

We were all shocked and confused to find out that our studio is closed (and that we are all out of jobs!), but I am happy to see that the game is still up and running RIGHT NOW and that a lot of people are still having fun with it. Please enjoy the live game until they figure out how to turn off the servers (it might be a while)!

I know some of my fellow team members have already said it but we are truly sad to see the game end like this and we sincerely thank you for giving us your feedback. We were all very passionate about the game and what it could have been. Despite what anyone tries to claim about the game we had a pretty positive response and had lots of improvements that were literally days from being patched in.

That all being said, it was a pleasure working with this team and gaming with this community. I wish nothing but the best for all those involved.

I write this not as EA_Tim, but as private citizen Tim Morten, and this will be my final post in these forums.
I want to express my sincere thanks to the many community members who participated in the alpha.  Just as the project was a labor of love for the team, I know those of you who poured hours into giving us feedback share the team’s disappointment about the cancellation.
As a project and as a team we were committed to striving for excellence, and though there will always be detractors, I sincerely believe that we were on the way to creating something great.  I’m sad that we didn’t get to complete the journey with you – whether you were our staunchest supporter or our harshest critic, you have my personal thanks for participating, and I wish you all the best.
Farewell,
Tim

where to start – I am actually very sad to see my favorite franchise being put to rest, especially that sudden and a game close to launching. Did we do everything right – Hell no! But we were a talented team that made a lot out of what we had. But with your help and those die-hard gamers within the studio, we were trying to influence and challenge more and more of those „given“ mechanics – the status quo – to make a game that could wear the C&C badge with pride. The game wasn’t there yet and it would have taken a few more month to get the basics to where they needed to be. Our future roadmap looked also much more promising – Crushing would have been added with the patch this monday together with the first part of our movement/pathfinding overhaul and we had announced Campaign Missions at GamesCom

But well, EA decided that they don’t want to continue the project and there are many sides to the story of why exactly they decided to do so. I will not go into the details because i don’t know all the pieces and the ones i know are not necessarily meant to be discussed on a public forum.

As most of you know, the whole team has been let go, including long-term C&C Veterans. Unfortunately i don’t know what will happen to Command & Conquer. While i hope that the franchise will finally get a worthy new installment to positively overshadow C&C4 and the cancellation of this attempt, i don’t think that it will happen any time soon.

I would like to thank our voluntary Moderator team, aka „Apoc’s Army“, as they busted their butts days and nights to keep this place a happy place. Even though they were a little bit hard on me sometimes when it came down to feedback – I will always remember the day when i told them that Generals 2 has been canceled and we are going to move to F2P – but they always showed the passion i so much love about this community. We have seen so many negatives in the last 10 years, but fans around the world came together and made fantastic maps, mods, videos, contests, art, tournaments and fansites. There is so much potential in this community and it makes me even more sad to think about what we could have been able to achieve if a new and good Command & Conquer game would have made it to the release line. Bottom line is THANK YOU for being a great Community (outside of the typical trolls you find everywhere in modern days).

PPS: I did not write the blog post that went up on the website – it was pre-written

You guys haven’t killed anything. In fact, I am very proud of you and most titles would love to have such a strong and engaging community. Of course there are people who are crying for a re-release of the exact game they played 10 years ago. But if I blend out those people who did not really belong to the community because of being the standard trouble maker, I feel very proud of you!

Just popping in to second what Eric said. It wasn’t your fault, despite what certain press releases might say, so please don’t blame yourselves for this. We loved you guys, and I for one will miss your passion and feedback. Who knows if CNC will rise again, but I hope it will, and I hope it’s a proper game. Godspeed!

Im not going to say much for the time being as I don’t want to get into any legal murkiness. Personally I think it was because the franchise lost allies at the executive level. Frank Gibeau was moved to the Mobile division, and Riccitiello stepped down as CEO. From what I understand, those two were big proponents of CNC, and without them, it was open for the axe.

What I don’t know is what actually precipitated the decision. Could be financial, could be due to fan feedback, could be political… who knows.

As per Netput’s post from one of the team members, it really didn’t have anything to do with fan feedback. Though to be fair, fan feedback during the alpha was not exactly positive

All of the veteran CNC fans viewed the game as a big step back, and newer players who didn’t have any experience with CNC were a mix of positive and neutral. However, I can tell you from experience running GR, novelty plays a big role in people’s perception of a game. New games are always fun to play simply because they’re new and there are things to learn. So initial impressions are always positive. But 9/10 people who say they really like a game when it first comes out, aren’t playing it even 1 month later. Usually that’s because most players aren’t „dedicated gamers“, but it’s also because most games fail to deliver a meaningful lasting experience.

If you ask alpha players who were veterans of either RTS as a whole, or veterans of CNC in particular, most will tell you that the game at its present state was not going to deliver a lasting meaningful experience – especially problematic since the entire business model depended on getting players hooked and invested in the game.

From where I sat on the development side of things, the game had some pretty solid potential and lots of really, really smart & talented people were working on it. The game just needed more time to get the basics in place, and more time for polish. While it was probably never going to be as nuanced and fun as Generals & Zero Hour, our plan for it would have made it an awesome RTS nonetheless. It’s a shame that it was abandoned.

The entire studio was laid off, we had people still fixing bugs until minutes prior to the meeting that ended this game. The whole team was very passionate and dedicated to making a great title, it’s sad to see it go out like this so close to the end.

Crushing, command center first, new version of perks, balance changes, bug fixes. If it weren’t for a bug on Monday you’d have seen this in the patch.

The knowledge of how all the systems worked was laid off, myself included.

No.  Not sure why you have hopes for a Generals 2 – that last effort was probably the best you could have hoped for.

$60 boxed product with campaign => budget cut, how can we save C&C:G2? => adopt F2P model with only multiplayer => layoffs, including all C&C veterans 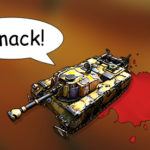 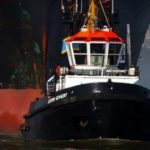 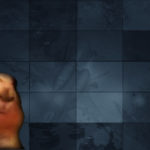