here are the patchnotes for october. This patch will hit the CB-servers today (10/22/2012). As soon as we have the actual time, we will announce it immediately.

The October Update will be all around the long awaited next step of the endgame. If you haven´t already checked our first C&C Tiberium Alliances video podcast, where we are going to explain the individual steps to you, you should go right ahead and check it out.
The October update is introducing the step to obtain several keys from crashed satellites to qualify for settling on one of the shield control hub spots.
Please note: the step to actually attack the Forgotten Fortress will follow with the next update. We are sure you will have a lot of challenging battles and strategies ahead to obtain all needed keys until then.

In addition:
We fixed Chrome specific issues. Since the last Google Chrome update, we saw an increase in reports of the Chrome browser crashing/showing massive performance drops. We adjusted part of the code to work around this behavior.
Please see the endgame instructions below for further additional changes within the October update.

The Forgotten have managed to steal the Tacitus from the GDI’s headquarters and hide it in their mysterious giant pyramid in the center of the world – the land of the Forgotten. Rumors are that the power of the Tacitus enables an alliance to improve their military technologies to a level of pure domination over the world. Nod and GDI are required to unite their firepower and get the Tacitus back in order to stop the Forgotten.

To achieve this goal and obtain the Tacitus, you and your alliance need to go through several steps:

The first one is that you need to retrieve certain keys which will allow you to get access to the shield control hubs defending the Forgotten Fortress. This will be a very important change as you will notice that on certain spots on the map, there are markers indicating that this is a position where in a few days, a satellite will drop down. Those satellites contain keys which will grant you access to the control hubs.

The problem is, when those satellites go down, they leave a crater of destruction, so you better move your bases out of the way before they get smashed. Once it touches down, you have three days to move your base onto that crash site and you need to defend that position for another three days. After that, you will have control over that key, which you´ll need later on for the shield control hub in the center.

Multiple players of your alliance need to gain control of these keys because one key only grants access to the shield hubs for the base which holds it.

The next step – coming soon with the next update!

There are seven shield control hubs and your alliance needs to have control of at least four of them. Each of them again has 8 defending positions. Each base holding a key qualifies to move on to that defending position. Once you have at least four shield control hubs under control, a countdown will start, giving other alliances 10 days to try and attack your bases and to get you away from those control hubs. Once those ten days are through, the shield is going to drop, and that’s where the massive battle versus the Forgotten actually happens.
Now it is up to you to gather all the forces of your alliance to prepare a massive strike against the Forgotten Fortress in the center and to destroy it within an epic battle.

The people holding the position of the control hubs are actually able to participate by lowering the level of that central base, because having access to the control hubs gives them the ability to introduce viruses into the network of the Forgotten which will of course weaken their units and defenses.

So, it all ends in a massive battle, taking down that central uber-base of the Forgotten, where everyone in the whole alliance has to chip in, in order to make sure that, within, well, probably a couple of hours, that base can actually be defeated.

We are adding the following due to your requests and continuously incoming questions.

What happens to you and the world once an alliance achieves the endgame and has beaten the final fortress?

Once an alliance manages to destroy the Forgotten Fortress in the center of the map and actually manages to win the game, the server is not done, and won’t stop. Other alliances may again achieve the goal and win versus the Forgotten.
After destroying the Forgotten Fortress, each player of your alliance will get an Achievement. This Achievement is received globally and visible on each world you’re playing. Please note: if a member joins the alliance after they achieved the server goal, the joining user will not be granted the winner achievement.
It is not possible to claim this achievement as multiple allied alliances; only one alliance at a time can actually win and achieve the goal.
Even if you already got the achievement title, the game is not over: it’s up to you to prevent your enemies from reaching the goal. C&C Tiberium Alliances won’t stop its development and there will be more and more features to be explored in the future.
Again, nothing is lost: you will always be able to achieve the server goal and we won´t close your world. 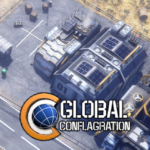 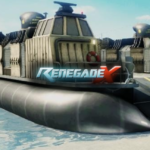 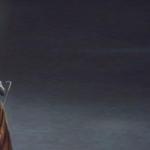