Our pre-production work on the Remaster continues to push forward, and one of the exciting areas now ramping up is Audio. As you know, Frank Klepacki will be driving the audio for the project, and he is currently putting together proposals for how to approach the sound effects and music. The best part is these proposals are being inspired by the comments which have already been posted here on Reddit over the past several months.

In fact, we feel the soundtrack is a great opportunity for the community to provide even further input on the project. With that in mind, Frank would specifically like to know your thoughts on the following:

“As you may be aware, the PC game originally didn’t include voice samples in a handful of the songs, but later the OST was released with these samples in the songs. I originally wrote them this way, but they were removed for the games initial release because the thought was they interfered too much with unit responses. Interestingly, these voice versions were still used in the later released PlayStation and Sega Saturn versions. So the question is, which ones should be heard in the Remaster?”

In addition to the topic above, we then have another proposition for you. Alongside this post is another Reddit post / poll asking for your favorite music tracks from Tiberian Dawn and Red Alert (Including expansions). In case you need a refresher on the specific track names, you can hear the majority of tracks on Frank’s website at www.frankklepacki.com. At the end of a week the votes will be tallied, and while we cannot get into specifics, we will aim to do something extra special with a few of the top rated tracks for the Remaster.

We’re eager to hear your thoughts on the items above, and any other comments around audio for the project. 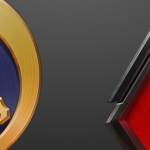 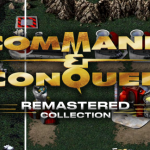 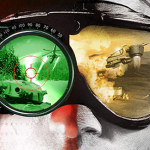 🌲🌴 Today we start the NOD campaign! 🙂 - I might have covid
Command and Conquer
View full stream list »

🌲🌴 Today we start the NOD campaign! 🙂 - I might have covid
Command and Conquer
View full stream list »