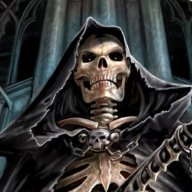 We will be resetting the Diablo II ladder on March 23 with the release of patch 1.13. We anticipate all Diablo II realms to be down for approximately six hours during the reset. More specific information on realm availability on the day of the reset will be posted in the Battle.net Status forum. When the ladder is reset, all existing ladder characters will be converted to non-ladder. All characters and items being converted to non-ladder will remain intact, but once converted these characters will no longer have access to ladder content such as creating ladder-only rune words. For more information on ladder characters please visit the Arreat Summit Realm Character Types page at http://classic.battle.net/diablo2exp/basics/charactertypes.shtml

- Adventurers of Sanctuary are hereby warned once again, that a new challenge
awaits you. Within Diablo's Bosses, spanning across the world from the
ancient Monastery Catacombs to the Throne of Destruction, is where you'll
find what you seek...

- Respecialization is now possible! Completing the 'Den of Evil' quest
will now additionally reward 1 free respec which can be saved. Players
who have already completed this quest should receive 1 free respec in
Hell difficulty.
- Increased the drop rate of high runes.
- Support for blit scaling in windowed mode. The game can now be
maximized to the largest 4:3 resolution supported (hooray widescreen users).
- Some rare drop items now have an orange color. i.e. Runes and items
required for Uber Tristam.
- Modified the gold bank limit to be a flat cap not bound by level.
- Removed the requirements to create a hardcore character.
- Greatly reduced the explosion damage dealt by Fire Enchanted monsters.
- Uber Mephisto and Uber Baal's summoned minions no longer give experience.
- Removed Oblivion Knight's Iron Maiden curse.
- Hellfire Torch Firestorm proc rate has been reduced to 5%.
- Users can now toggle the display of text over the Health and Mana
globes by clicking on the bottom area of each orb.
- When creating a single player game, pressing the 'Enter' key now
automatically creates a Hell difficulty game if possible.
- When creating a game, each difficulty button is now bound to a unique
key: Normal 'R', Nightmare 'N', and Hell 'H'.
- The 'Enter Chat' Button in the battle.net waiting room is now
bound to the 'Enter' key.
- Added the windows system buttons to the game window (MIN, MAX, CLOSE).
- Added new command line parameter '-nofixaspect' which allows users to
not fix the aspect ratio to 4:3 when maximizing windowed mode.
This lets the game 'stretch' to fill your monitor.
- Added support for '-sndbkg' command line switch. This enables sound
in background.
- Added the following aliases for pre-existing command line options,
'-nosound', '-window', and '-windowed'.


Assassin
- Dragon Claw - Synergy receives 4% additional damage per point of Claw Mastery.
- Dragon Talon - The bonus to Attack Rating per point has been increased to 35.
- Shadow Master - Increased resistance range per point from 5-80 to 5-90.
- Combo points awarded by combo moves now last 15 seconds, up from 9.

- Blessed Hammer - No longer ignores resistances of undead and demons.

- Werebear - Damage bonus increased by 15% across all ranks.
- Werebear - Increased health by 25% and armor by 1% per point.
- Shockwave - Synergy from Maul adds 5% damage per point. 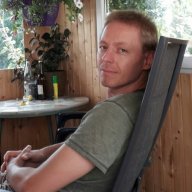 Herbeirufer aka Army of Darkness