LoooL
nukestrike is out? ... oh man

So the question is, do you guys think he should be DQed or not? I personally think he is a fair player, and whether he is Ukraine or not doesn't matter if he is currently residing in Russia, right?

combining the information in apocs and seraphs posts we can conclude that he showed a russian passport.

If we don't asume it is manufactored

there isn't a reason to throw him out.

He qualified on a smurf account while his main account was sitting in the top 5 all the time = reason enuff.

So you saw the information which proves 100% that DauBep is UkraineStar? Can you show it to me please?

His ip got matched so yea.... (ukrainestar his gr forum ip was same as daubep his ip in the group stage 1 games)

But apoc made his decision already so pointless discussion really.

Did you see this IP, can you show it to me?

All i saw on the gr.org forum was one dude claming that the IPs matched. Did every single digit match? Or did the IP just show that it was the same ukrainian provider?

Zero can prove the IP's, and why should he lie?

The IPs matched completely. Daubep played all his matches in the bracktes with an Ukrainian IP, from Ukrainestar's ISP, except for one unranked match against Ukrainestar, which suddenly had a Russian IP, even though he said he was in the Ukraine at that time. Guess what he said: A friend borrowed his account from Russia and played with it. And my oh my, the "friend" didn't play a game against some random dude, no, he played against Ukrainestar, so the whole world should see the two accounts are not shared.

Oh yeah, and when asked about why he was in the Ukraine at that time, he said his boss sent him on a business trip, and guess what, he wanted to play so badly, he played from his hotel. He even told us the ISP he used, but, again, guess what, the provider he told us didn't use the IP range he played on. And according to the passport he provided, he was 16 at the time his "boss" sent him on a business trip. What 16 year-old gets sent on business trips like that?


Mooff said:
Did you see this IP, can you show it to me?
Click to expand...

Ok, that sure does sound fishy.

Did anyone check whether the Passport is shopped (f.e. the passport is real (russian friend) but the picture of him isn't)? 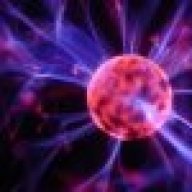