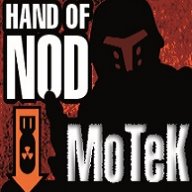 I absolutey love the C&C titles, EA removed my access to some hard copies on previous PC's due to buying a new GPU and CPU. I only ever had two PC's so they lied about the licencing and I got nowhere trying to resolve that. I have upteen various hard copies of the various C&C titles I don't use anymore due to them basically stealing from me.

I built this new PC to play games on, using STEAM, Ubisoft and Origin, for new games only bought online. I again bought all the C&C titles.

So I thought nothing of that, went to play C&C Kanes Wrath. "missing ssleay32.dll", found the same error for every C&C title.

So I uninstalled those games, now I cannot re-intstall, every origin game I own, "Error: 131079:6" when downloading.

Edit, Live chat was not much help, but I persisted and got there.

I traced the lost file to antivirus/anti malaware removing a file when I had some false positives with old C&C titles, i think this must have led to a registry path change/deletion for the download folder. None of this showed up in various diagnostics.

I will hazard a guess that the missing dll file will have been replaced with either the new origin or C&C titles. That the download issue was solved as creating a new folder created a new path.
Click to expand...