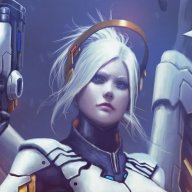 Gameplay
Introducing visual wear-and-tear to player ships as they age and degrade. Ships will subtly change depending on how long they have existed in the ‘verse until the ship is repaired using Vehicle Maintenance Services or remade with an insurance claim. With the initial release most ships will have this but the following ships are currently not enabled: Anvil hawk, MISC Reliant, KRUG Archemides, Drake Dragonfly, Origin 600i, Anvil Gladitor, Vanduul Scythe, Drake Caterpillar, Anvil Valkyrie, Aopoa Khart-ul al (Scout), RSI Ursa Rover, Consolidated Outland Mustang variants, and Anvil Terrapin.
Adding the ability for players to display custom-assigned names on the hulls of certain ships. Additionally, to help with identification, all ships will display unique serial numbers (with some ships displaying specially designated serial numbers).
Adding the ability for the Merlin snub ship to dock and undock within the Constellation, along with guidance mode UI to ensure correct alignment during the docking process. Players will be able to use the autoland system and manual flight to dock. To take off from the Constellation, press the landing gear keybind (default N). To start the docking process, target the Constellation then hit the landing gear keybind (default N) to initiate the docking UI. You can do the same to dock with another player's Constellation but you will need to request permission to dock and have that player approve it after initiating the docking UI with their ship.
This feature adds the addition of a new mobiGlas app, named "Delphi," that will give players insight into their reputation with the important NPCs and organizations they have interacted with. This will also include a total list of reputation ranks, including those that have been completed and the ones they’re actively working on.
Mechanic allowing players to grab some larger objects and move them around an environment by either pushing or pulling them. The initial implementation will have usable trolleys that players can find in the universe at space station cargo decks, landing zone hangars, and underground facilities.
Further expanding the player's arsenal by allowing them to take control of a mounted gun on either a vehicle or the ground. These weapons will offer greater firepower and stability at the cost of mobility. With the initial implementation, players can find these scattered around junksites and underground facilities.

Locations
Adding two new cave entrances to the PU. The ‘drive-in' entrance will allow players to enter using a ground vehicle, while the ‘sinkhole' entrance will require players to enter and exit using a ship. These new entrances will replace some of the existing cave entrances as well as adding additional caves onto planets and moons.
Replacements for the asteroids currently used in the Stanton system using the new organic asset workflow. These new astroids can currently be found scattered around Lagrange points.
Introducing new non-commercial overlays to the entry areas of refinery stations to add more variety and better suit the theme.
Visual improvements for all of the Stanton system which includes updating assets, object presets, planet painting, and the global data of all planetary bodies.
Addition of the harvestable Degnous root which is a macroalgae found in the shallow coastlines of Hurston.

Gameplay
Updates to the Force Reactions system to add staggers based on the severity and direction of the received force. The distance and duration of a stagger increases relative to the received force until the force is great enough to trigger a knock down instead. When staggering into a wall without a weapon, the character will raise their hands, or shoulder (depending on direction vs. surface) to momentarily brace / halt themselves. G-force blackouts are now experienced by actors attached to something in the ship interior (usables, ladders, operator seats, weapon mounts etc.) and actors in prone front or prone back.
Implementing improvements including the use of particles with signed distance fields (SDF) to allow shields to more closely conform to the shape of the hull of the vehicle, providing better visibility at distance, creating clearer visual cues that the shield is being damaged, and its overall health. While SDF shields are designed to protect the hull and main parts of the ship, they may not extend to cover attached items beyond the hull such as weapons that stick out farther than the shields' reach.
Mining sub-components will allow players to customize their lasers to suit specific jobs and encounters. For example, some will make mining easier, some will make it faster, and some will have great stat boosts at the cost of serious trade-offs elsewhere. These can be purchased in-game at shops on refinery decks.
Several improvements have been made to the law system. All players aboard a ship will now receive a proxy crime when one player commits a criminal act. There is now an option to hide notifications and criminal rating updates. The “Unmonitored” bounty marker now updates when the bounty spends UEC, when the bounty's mobiGlas remains in use for a period of time, when the bounty destroys a ship, when the bounty kills a player or AI, and when the bounty dies without being arrested.
Addition of local delivery missions that have quantum sensitive cargo which will explode and damage ships if taken into quantum.
Addition of missions with time sensitive cargo in which players are expected to deliver multiple packages each with slightly varied timers meaning players will have to prioritize which box to drop off first.
We have added 3 new mission types aimed at FPS combat inside cave s which introduces more NPCs into caves and FPS mission reputation.

FPS Cave Assassination: The player must navigate their way to a cave and find a civilian target. The player must kill them when they find them. If the player is in a monitored zone this target will count as a murder victim. This mission will become available to players upon completing one Vaughn Assassination mission.

FPS Cave Bounty: The player must navigate their way to a cave and find a criminal target. The target is protected by armed guards who will attempt to kill the player on sight. This mission will become available upon completing the Crusader Bounty introduction mission for missions around Stanton 2 and available upon completing the Hurston Bounty introduction mission around Stanton 1.

FPS Cave ClearAll: The player must navigate their way to a cave and kill all the criminals they find there. This mission will become available upon completing the Crusader Bounty introduction mission for missions around Stanton 2 and available upon completing the Hurston Bounty introduction mission around Stanton 1.
Bounty Missions have been updated so that are more equally spread about the available mission locations.
Updated several mission descriptions to provide more specific location information.
Updated the law system to prevent griefing where players position themselves over a ship taking off or under a vehicle landing.
Increased the accuracy of all AI S6 & S10 turrets around rest stops and space stations.

Ships and Vehicles
We have made many changes to updates to increase the visual standards of the Aegis Gladius. This includes many level of detail, decal, geometry, material, and paint changes inside the cockpit and on the exterior of the ship.
Smoothed the ramp collision proxies for ships to help improve the experience of interacting with pushables and vehicles aboard them.
Removed access to Carrack and MOLE turrets when landing gear deployed/landed to prevent clipping issues.
Increased in-game price of the Esperia Prowler to be more in line with ships of a similar role and size.
Crusader Mercury Star Runner, Esperia Talon, Esperia Talon Shrike, and CO Nomad have been added to in-game shops.

Weapons and Items
Replaces the previous functionality of immediately using a FPS consumable (to heal or oxygenate). Medical Pens are equipped by pressing the consume action (C key), or by interacting with a pen and selecting the “Equip” interaction, or when selecting a pen from the FPS Consumable Quick Select Wheel. Pen use on self is triggered by clicking mouse1 (left mouse button), after which the pen is automatically discarded (dropped). FPS Consumable Quick Select Wheel can be opened by holding the C key. Medical Pens can be holstered (re-attached to the suit attachment) by holding R, or by selecting the holster action from the FPS Consumable Quick Select Wheel. Medical Pens can now be interacted with in the same manner as other equippable carryables (e.g. grenades, weapons etc.) via the interaction system, and can be carried, equipped, inspected and stowed.
Core Tech
Added new profile options for the Tobii Eye Tracker to differentiate between flight and on-foot.
With this update, the USER folder structure has changed a slight amount. This adds a couple of extra layers of subfolders inside the original USER folder compared to previous releases. User folder location change: -install-\USER\Client\0\ 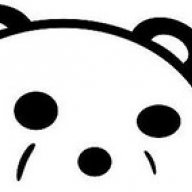