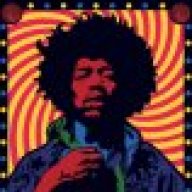 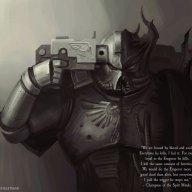 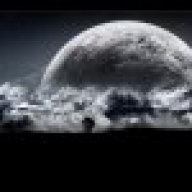 Building on the balance adjustments from our last update, we have been working on 2.2.1. This is a data only balance update that has been in the works for a few weeks, and it is currently in the final stages of development and testing. Right now we expect that we will be releasing the update sometime next week.

We will be putting together the full patch notes for release soon, but for the time being Designer Clint Tasker gives us preview of what to expect:

The Balance and Multiplayer teams started work on 2.2.1 right after 2.2 shipped and we have a whole lot of good stuff in store.

One thing to note about balancing is that when we put a patch out we aren’t thinking to ourselves “this game is perfect this time; we have addressed everything that is wrong with this game.” We have long term and short term plans, we work within the time frames of each patch, and we feel we accomplish the mission if balance is closer than the previous patch.

2.2 was a patch to address the most grievous balance issues after the release of Chaos Rising. Fortunately there were very few issues to deal with. Once 2.2 went out we started looking at more underlying problems, gathering metrics and evaluating the meta-game. This is always an interesting period because metrics tell us the real story and that story doesn’t always align with the complaints of players. For instance: Eldar are not statistically top of the meta-game. Once the information is gathered we must try and interpret the data; why does this hero have a much better win percentage? Why is this piece of gear too effective? These questions sound easy to answer but actually are not and any possible solution is going to spread massive ripples through our little pond of balance.

With this patch our main goal was to level out the meta-game in terms of racial balance. The races (arguably) are already very close statistically in terms of wins and losses. One of the major problems is Orks have issues scaling to late game which makes them less desirable in team games. Space Marines on the other hand have trouble early game in some match ups because of their awesome potential for critical mass in the late game. So here are two changes to help these situations:

In tier 2 the Sluggas can be upgraded with a Nob which gave an ability called Recklessness. You probably used it very little because it wasn’t that useful. Swamp ‘Em will now break suppression for the Slugga unit and make them receive 50% less ranged damage for the duration of the ability. This has allowed sluggas to be a much greater threat in tier 2 and 3 when increased ranged damage often makes melee units less effective.

- Space Marine Tactical squads can now purchase an upgrade after another has already been purchased.

What this means is that if you purchase a flamer in tier 1 you can now upgrade to a plasma gun or missile launcher in tier 2. And after that you can switch again. The only down side is you will always have to pay the cost of the upgrade. We feel this is going to really help Space Marines in tier 1, because even though they have always had access to the flamer in tier 1 it was rarely viable based on the current meta-game. Having a flamer in tier 1 will help against melee units with the assistance of shot guns or other disruption, it will help SM power harass and will also help flush units out of buildings. Outside of tier 1 we feel this change helps contribute to the feel of a Tactical squad which will now be able to tactically adapt to the situation.

These are not the only changes we have made to help racial balance. We felt that Eldar was too cost effective in tier 1 and this was contributing to their early game dominance, especially in match ups with less cost-efficient races such as Space Marines. So some of the early game Eldar upgrades and the Shuriken Cannon platform will be receiving slight cost increases.

The second major initiative has been to tone down some the disparity between the heroes and wargear pieces in each faction. In a lot of cases there are standard builds for each hero and often very little reason to stray outside those builds. Before I say anything more I just want to make a disclaimer. The heroes addressed in this patch are not the only heroes we feel need work, and even the changes to the heroes we did address are not the only things we have in mind for those heroes.

The Apothecary is receiving a few changes. The most notable being that his heal distance is being reduced. On top of this change we have moved the Anointed Power Axe to tier 2 and moved the Sanguine Chainsword to tier 1. This makes more sense for the power level of each of these weapons. The Warboss is having his Cybork Parts changed around a bit. Big Stomp will now replace the regular stomp but will not require the HP damage it did before. We have also given a big shoota to the Mekboy in Tier 1. It requires no setup time which should allow the Mekboy to scale better while maintaining mobility. The last hero that has had some major changes is the Hive Tyrant. Tyranids have been benefiting from having some pretty outstanding heroes in the Ravener Alpha and Hive Tyrant and in the case of the Tyrant it has been a little too outstanding. He will be receiving several nerfs in 2.2.1 such as: a decreased duration on his invulnerability, less damage on his Crushing Claw and improved synapse will now only effect gaunts, gants, raveners and genestealers.

That being said the Tyranids will be receiving several changes to their faction; more than any other. Gaunts in the meta-game have fallen by the way side in favour of Warriors. What we have tried to achieve is toning down the effectiveness of Warriors without the support of gaunts. This means that synapses and Hormnagaunts are getting better but the barbed strangler Warriors are having their damage reduced by a lot.

This is only a preview and a fraction of the changes to come in 2.2.1. Also included will be a slew of bug changes such as the Plague Marine Champion leveling modifier, Subjugation no longer working on retreating units and many others. Please keep patient, the patch notes are just around the corner and I hope you enjoyed this preview.
Click to expand...


We have corrected a bug found in the 2.2.1 Balance Update that was released yesterday. The 2.2.2 update fixes the issue that allowed Tyranid Warrior Synapse effects to stack and the current plan is to release it later today.