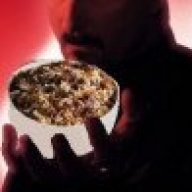 joey_ jaz aka. capNblud:
"What about hard difficulty?"

TaxOwlbear:
"The game gives you no means to destroy the Flame Towers at the beginning of the mission in hard difficulty. I asked the developers about that, and they advised to play on medium difficulty until that is fixed."

capNBlud aka. joey_jaz:
"I tested it and you can do it with the gunboats if you place them just right. For the left side, you just send the gunboat all around the island. This can be done easily and conveniently by just clicking left to the "bridge".

The boat isn't hit by anything thanks to its speed and you can position it again to hit the flame tower without being hit itself. You can also build your base in the starting area. There is just enough space for the MCV and a few buildings including a refinery.

I couldn't withstand the incoming waves, so I build a starting base, harvested a little and build a few units. Enough to take down a tesla coil. Then I packed my MCV (+ 4 rocket soldiers, use the MCV as a tank to absorb the damage of the coil) with a transporter, sold everything and went around the map all the way to the top right dodging all fire.

By bringing the boats with me, yaks prioritize those and my transporter, as long as I dodge the sub fire properly, makes it to the shore. There, I unpack and take out the coil, then build the base on the far left.

The patrolling mammoth tanks don't engage so you can build strength. Because of their limited vision and a bugging patrolling mechanism, you can even attack them with gun turrets (the mammoths) without them firing back. Then I just take everything there with spies and engineers and attack the initial island later. When I take the radar dome, the game crashes being confused by the order of things.

I consider it an alternative ending.

Edit: because of the never-ending reinforcements and because I was a bit lazy, I took out the initial force by ordering 300 gunboats and placing them where the transporters come in by creating a literal gunboat blockade around the entire frame of the map - I can build that many by letting the game run for a while (I play on the fastest speed as well).

The resources at the top replenish indefinitely. Yaks don't work because of buggy and only 2 platforms. Taking the MCV doesn't give you the build option. Once reinforcements stop, I send my yaps (2*2, 2 replenish while 2 snacc, protecc, but most importantly attacc) until all of the enemy forces are wiped out.

You can speed this up with transported units of course. Once you capture the dome it will say "unexpected error"."

PS: Turns out by carefully micromanaging your units & a lot of juggling, you can capture the radar dome and then head north. I was so far not able to come up with a way to defend against the heavy reinforcements tho so I still evacuate north. This way I get the regular ending, but it becomes a lil harder to hold your position on the top initially. By clearing dogs with a few cheeps you can quickly make way for your spies tho.

@ YouTubers/Casters: Let me know if you would like a replay.