haha @ this sh.t, crying when I clicked cancel in a laggy game long time ago; who the hell is octomys lol, probably that dachziege sh.thead, he talks exactly the same. Chgrue, MOON, all those clans d/c washed us (sharks, DEUCE. etc) AT LEAST 100 F*CKING TIMES. They NEVER just surrendered when they lost. NEVER. Always d/c. It's only been for a year now that they can actually just surrender when they lost a game, but who knows that in here? no1! and why? because the so-called 'gegners' (like me) got no chance to post the truth in here, cuz people just spam their automatic "yes/amen-replys" and no1 would ever disagree.

Is there any topic of them d/c washing? No. When Sharks happened to cancel out 1 game all of the forum-members started crying, god a lot of these people really suck, really. 'stefor ich hat dem gesehen in ra1 glauf ich' I mean wtf? I never even played ra1 lol, that forum is full of lies, subjective posts and other crap.

And YES, this complete horse-sh.t angers me cuz it's so unfair to all the people who arent german and who've never seen this forum before or are reading it now for the first time. Quite simple to talk sh.t about someone on a forum on which only ur 'buddies' are the writers.

That's the point I tried to make before, which disappointing only mattguck understood. The dachziege, stefros, cncsturm-clash will never have their own opinions in here, they just ally up to someone who wrote a msg they don't like as in the past topics 'moon cheats' which were closed real fast. People writing the usual 'automatic responses' like:

- "wtf I played with dachziege (or any1 else from that clan) all my life and he never cheated me"
- "no man, moon has been fair always."
- "we played moon yesterday and they were fair" (not mentioning the fact they probably never have beaten them, so no experience with their reaction when they lost a game at all but n/p)

Anyways, this was my last try; if u still dont understand it ask me on icq or just grab a dictionary and try to translate it. whatever

what do you want with that try? that that ppl stopp talk bad about sharks? i think that @ all was in the past, nm.... btw ya thats a problem that if person a say anything person b, person c say they same, but that is not only@uf so, its everywere, ppl believe ppl
K

if u cant think of any usefull response, don't reply at all please k? thx - stef 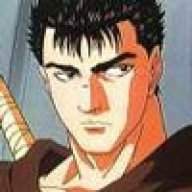 lolol old uf hihi , well when no ppl from other countries visit the forum what shall we do , abolish it ?
I think its the same in other countries , no german would visit a dutch or english ts-board when there is a good german one .

Sure the foreigners dont know about it and there is communityism , but thats the same in evry country even in lobby when they r talkin in their native-language and it cant be abolished that ppl from the same country stick together .

it is so..... let me think, if u start talking bad about me( u havent done it, i also havent done it @u, only a faker@champ side used my name to talk bs about u bc of timidness(dont stay to that, with his own nick) many other players(im sure) will say the same, (maybe they dont even know who i am) only bc u said it.... it is so or not?

ya sorry about my english, i only got a 4 this year(2nd badest of 5)
K