Q. What are the influences behind the designs for each faction?

Our main goal for the design for each faction was to create 3 unique looks that would allow players to quickly distinguish them on the battlefield. It was also important that their respective looks be indicative of the play styles for each faction. Here’s a closer look at our visual design criteria for each of the factions: 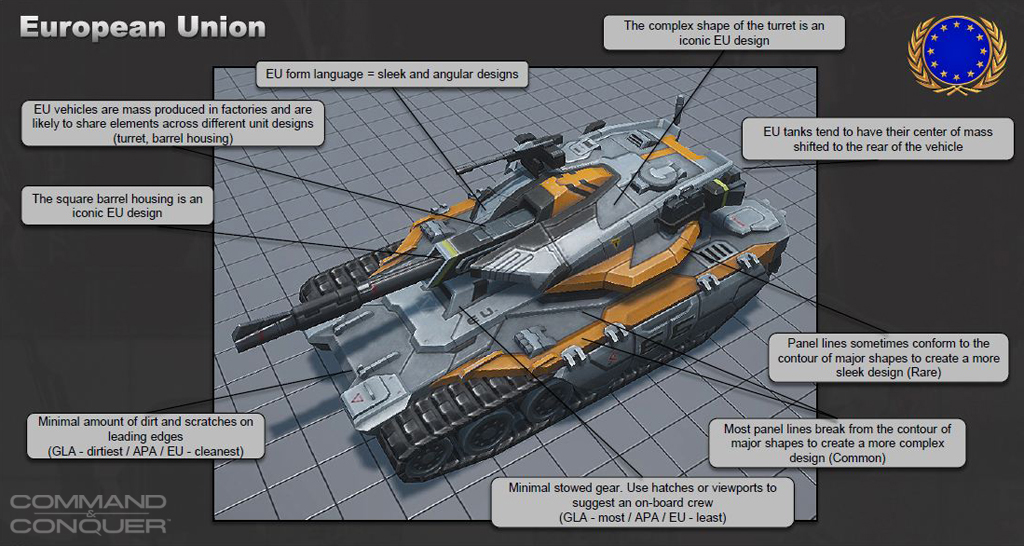 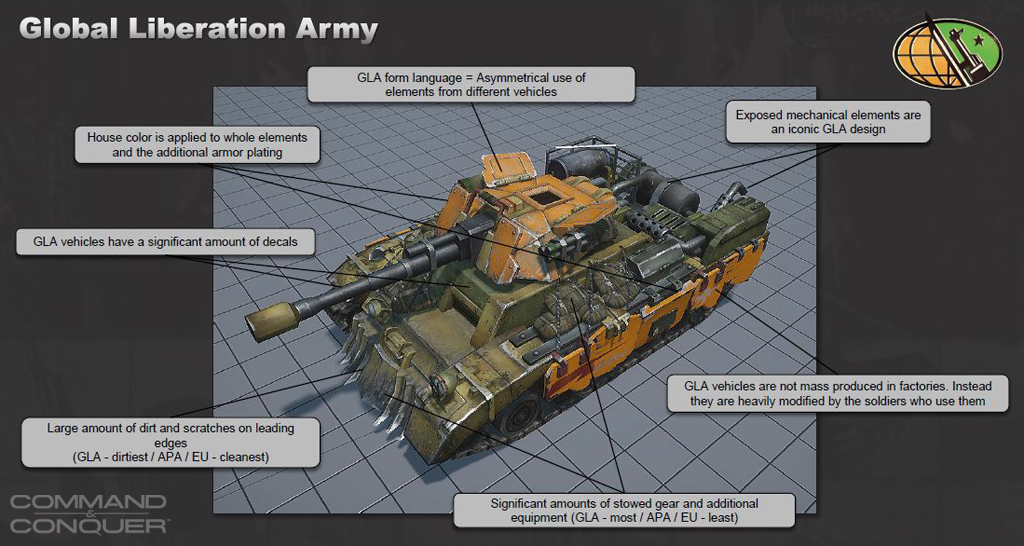 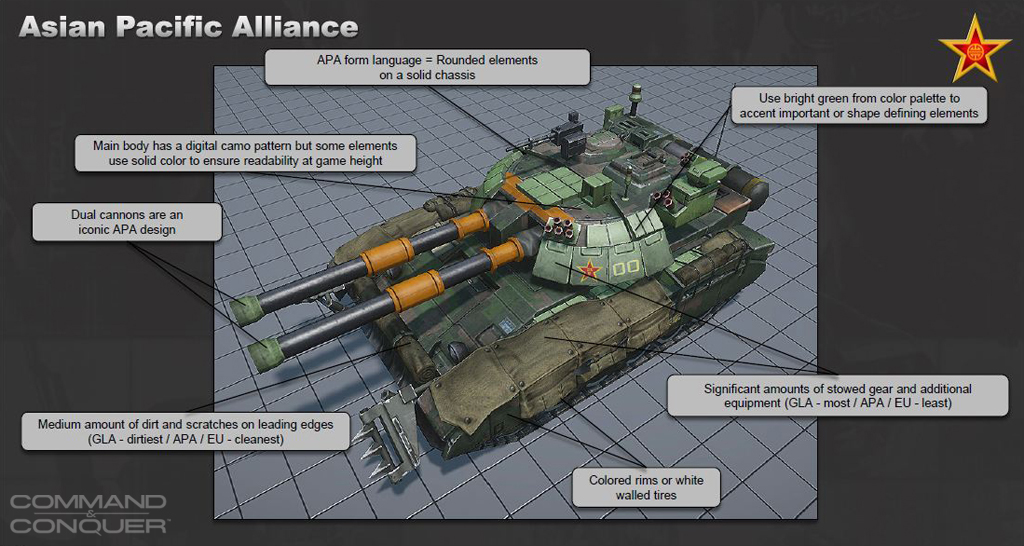 Q. What kinds of different hi-end graphical effects are we going to see besides physics?

We’re aiming to take full advantage of Frostbite’s capabilities where it makes sense for an RTS, so our focus is on dynamic effects that will bring the environment to life while keeping the action readable.  Expect to see high-quality ambient occlusion (HBAO), wind effects for vegetation, reflections, and a diverse range of weapon and destruction effects.

Q. What kind of custom graphic skins will be available for purchase?

Here’s a sneak peak at one of the custom EU skins we are working on. The tank on the left is the basic EU version and the one on the right is an urban camo version. 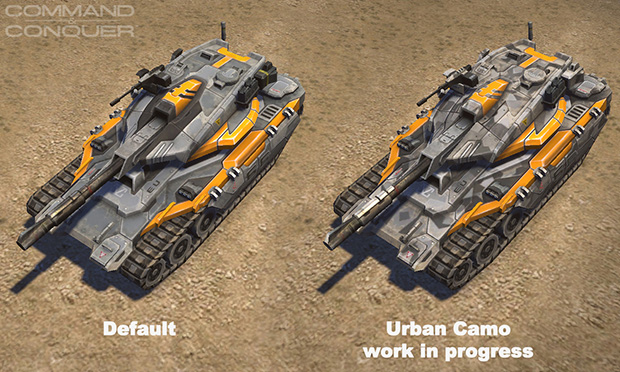 Q. How do the art developers cooperate with the gameplay developers/designers when creating a unit?

The creation of a unit is a highly collaborative effort between art and design.  Designers identify a gameplay need and a list of potential abilities and upgrades.  From there, the art team creates concept sketches that take into consideration the stylistic traits of a given faction along with the gameplay role.  These sketches are passed around between the art, design and engineering teams and their feedback is used to refine the unit design.  This phase is complete when we arrive at a unit design that clearly indicates the unit or structure’s gameplay role and visually fits alongside the other units of the same faction. From there it’s onto the modeling, animation, vfx and technical art teams to create the in-game version. Simultaneously,  engineers are working to develop the unique abilities or gameplay functionality for the unit. There are numerous review points along the way, but the real test is when the unit enters into one of our many team wide play tests. At this point, the design team takes ownership and begins the long process of tuning the gameplay to achieve a balance with all other units. And the cycle begins again for the next unit…

Q. What kind of thinking went into creating the look for the maps and environments?

A great deal of thinking went into the look of our environments. With C&C being set in the Generals universe, we felt that a greater sense of realism was appropriate.  As a result, we set out to create a believable world that also allows for a large number of units to easily path through it.  Layout challenges aside, we strive to give each map a visual theme. This adds context to the gameplay but also deepens the player experience by allow us the opportunity to add visual storytelling elements. Our environments are meant to be places, not playgrounds.We also benefit greatly from the lighting capabilities within Frostbite engine. It allows us a fantastic range of options to illuminate our maps and establish a mood.

Currently, our environments are all set in an African / Middle East locale. In the future, we fully intend to develop maps in other parts of the world. Here are a few environmental concept images that indicate the types of regions and overall tone we intend to pursue: 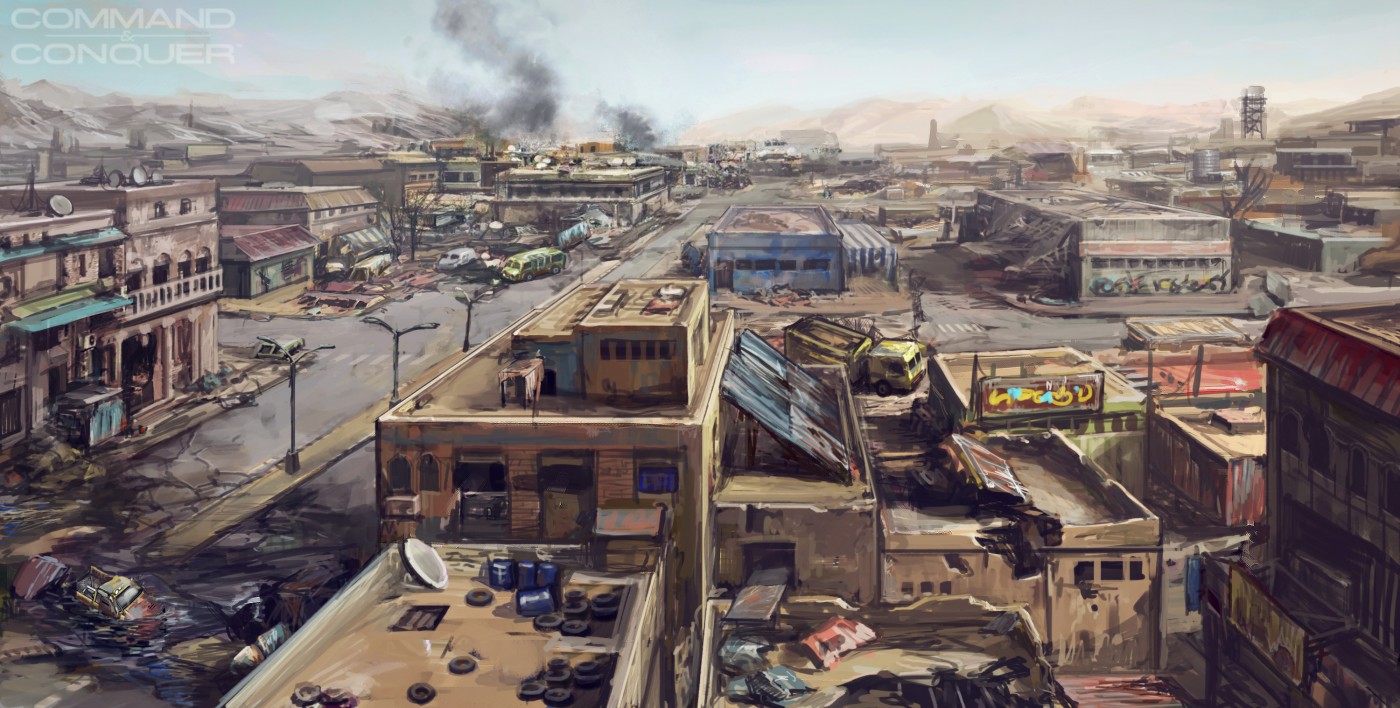 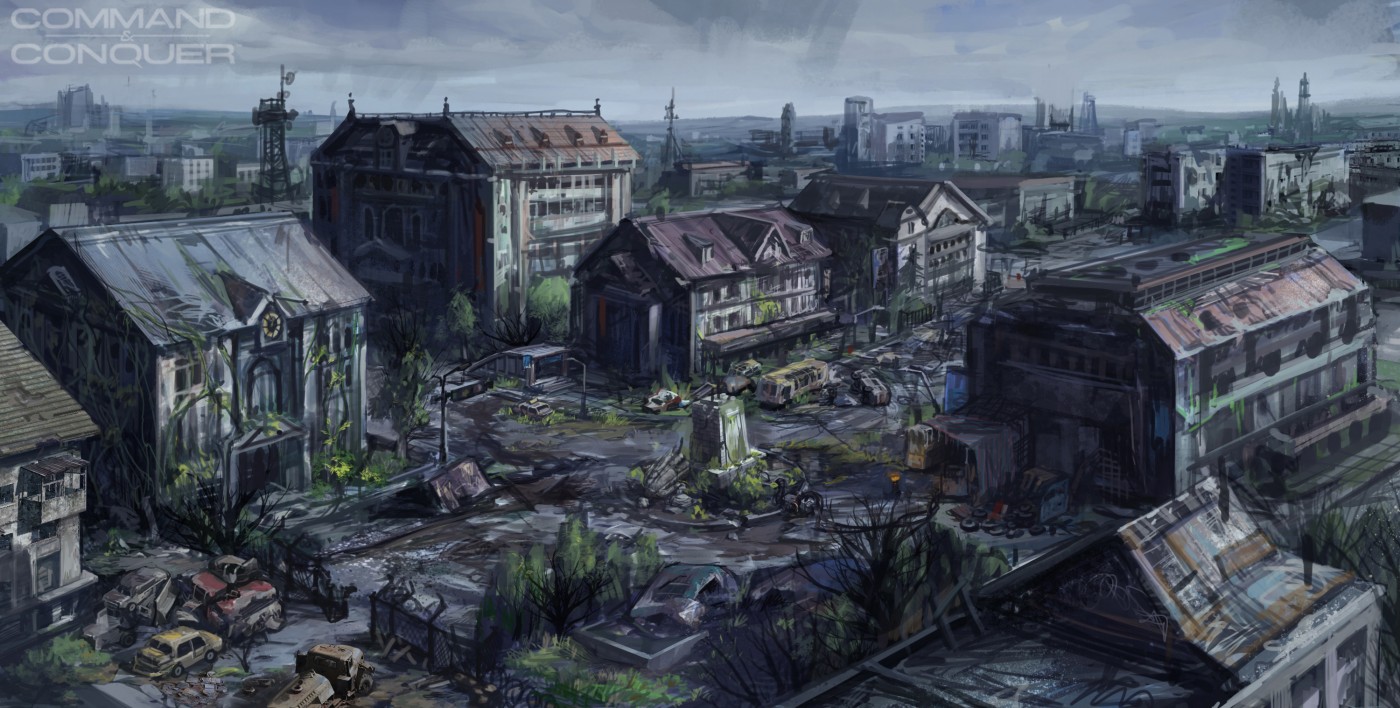 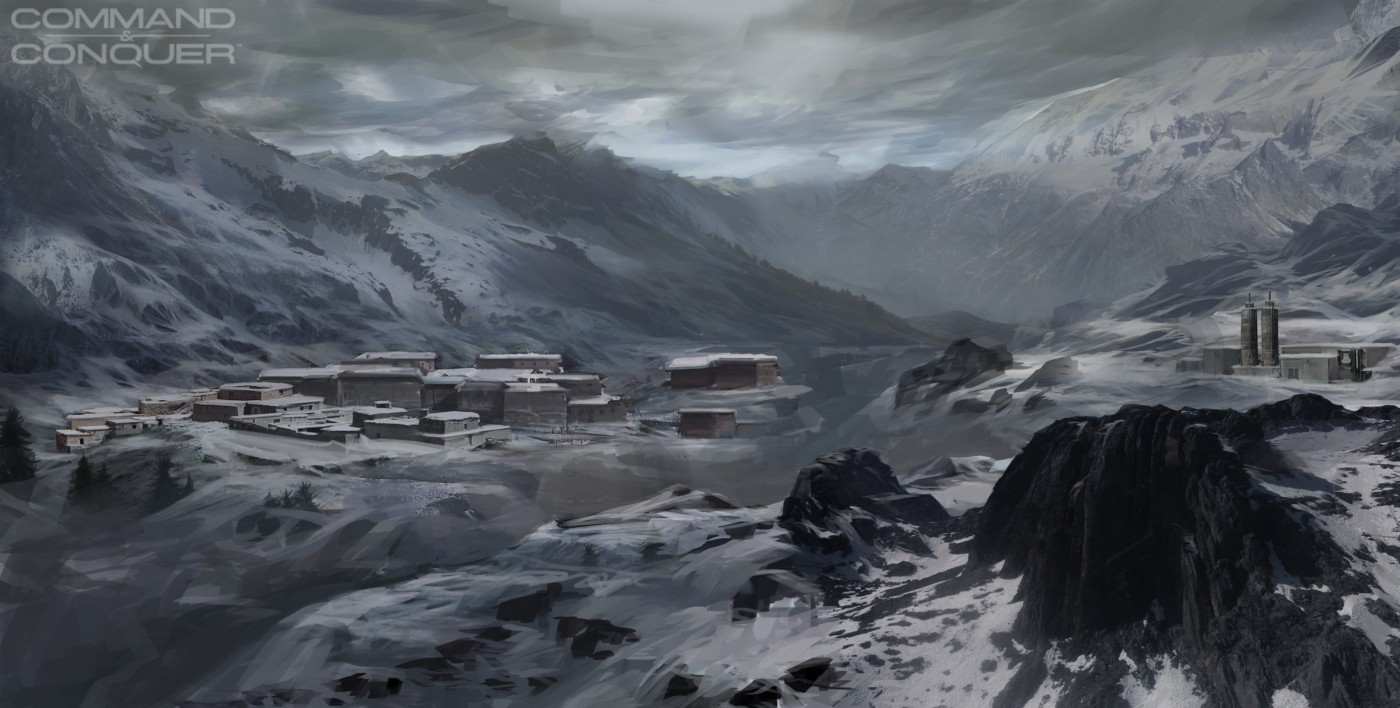